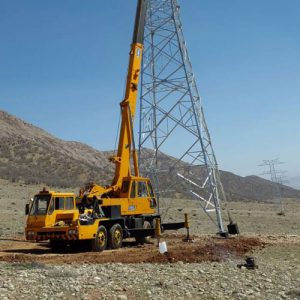 The four-headed and two-tier towers are as follows:

According to the contract, the hardware, screws and claws of the contract were sent to three pieces, each of which were separate contractors.